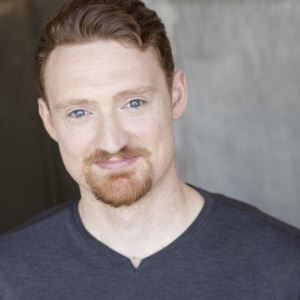 A Colorado native, Cody is incredibly excited to be working at Four Corners Musical Theatre for the first time!

Cody’s regional credits include Buckingham in Richard III, Leonato in Much Ado About Nothing and De Guiche in Cyrano de Bergerac (Texas Shakespeare Festival), Bill Perch (U/S) in The Jacksonian and Danny Witworth in Jerusalem (Profiles Theatre), Louie in Lost In Yonkers (Great Plaines Theatre), Bill Slank and Hawking Clam in Peter and The Starcatcher (Great Plaines Theatre), Gilgamesh (reading) in The Epic of Gilgamesh (The Plagiarists), Gabriel in Kiss of the Spider Woman (Benevolent Theatre), Jack Favell in Rebecca (Spark Theater), Bert Healy in Annie (Afterthought Theater), Herr Zeller and Captain Von Trapp (U/S) in The Sound of Music (Littleton Town Hall Arts Center), Jack Worthing in The Importance of Being Earnest, (SC Theatre Festival), Matadore in La Traviata and The Priest in Tosca alongside Samuel Ramey (Wichita Grande Opera) as well as his Off-Broadway debut in Out of Oz (S. Rue and Friends, NYC). Cody also recently performed as a Special Police Officer on NBC’s Chicago P.D., Joey in Chicago Med, and a statewide Subway commercial campaign.

Cody is a graduate of Southwestern College in Winfield, Kansas where he earned a BA in Theatre Performance as well as a BME in Music Education and has just completed his certification as a dog trainer.