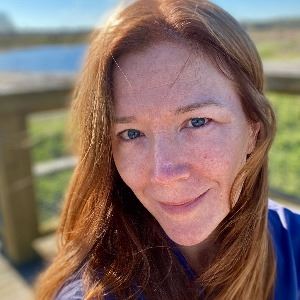 Sarah Harkness-Sebastian, originally from Chico, California, currently serves as Associate Professor of Dance and Co-Director of Dance Theatre of Santa Fe, as well as Faculty Choreographer for the Musical Theatre program, at Santa Fe College, in Gainesville, Florida. She received her MFA in Dance from The Florida State University, Tallahassee, FL, and BA in Theatre Arts at Loyola Marymount University, Los Angeles, CA. She founded and directed Meh-Tropolis Dance Theatre, in Los Angeles, for six years and worked for former CEO of Paramount Pictures, Sherry Lansing, and The Sherry Lansing Foundation.

She has choreographed many musicals including “West Side Story” (Dir. by Evan Pappas), "A Chorus Line" and “Sweet Charity” and performed with Martin Sheen, Stockard Channing, and other cast members of “The West Wing", in the Los Angeles production of "Raising Our Voices".

In Florida, Sarah has choreographed for The Tallahassee Ballet and Valencia College and served as Faculty and Assistant Coordinator for the FSU Summer Intensive for Young Dancer’s Workshop. She was awarded artistic residencies, for the summers of 2013 & 2014, at the Lillian E. Smith Center for Creative Arts, in Clayton, Georgia. Her choreography has been presented in concert with the Joffrey Concert Group (now New York Dance Project) as well as during the 2017 American College Dance Association Southeast Region Conference.

One of Sarah's first Dance Captain assignments was with Randal K. West when she was 14, and she is thrilled to be back working with one of her first mentors once again!