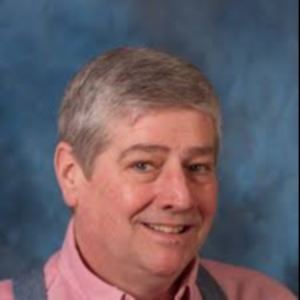 Randal K. West has been in professional theatre most of his life. Early on he was the Theatre Coordinator for the City of Phoenix for five years and while he was in that position he came to know Stephen Sondheim, was invited to be a collaborator on re-working his musical “Merrily We Roll Along” with playwright George Furth and he directed the pre-Broadway workshop production. Sondheim suggested he relocate to San Francisco and Randy spent nine years there as a musical theatre and television director.

Television brought him back to Southern California and he spent the next three years doing theatre and television in his boyhood stomping grounds. He then took his family and moved to Fairfield, Iowa where he spent 14 years as first the Vice President Creative Director of a national advertising agency and then seven years as the Executive /Artist Director of Way Off Broadway which was Iowa’s only professional musical theatre company and the residential company at the Stephen Sondheim Center for the Performing Arts, (yes Steve continues to be the gift that keeps on giving to Randy). Before coming to Farmington, Randy spent three years as the Artistic Director of the Great Plains Theatre in Abilene KS.

Randy has been the Civic Center Supervisor for the city of Farmington for three years and he serves as the Artistic Director for the Four Corners Musical Theatre Company. He has been married to Margaret Clair for almost 30 years and he is the proud father of Joshua, William, and Gareth.