As a longtime member of the River Reach Foundation, the nonprofit organization dedicated to protecting, promoting and enhancing Farmington's riverine corridors, Bob Lehmer takes an intense interest in all the city's riverfront property.

But he acknowledges he has a special interest in the new section of the Among the Waters Trail in southwest Farmington that city officials dedicated during a March 25 ceremony before a crowd of several dozen people. 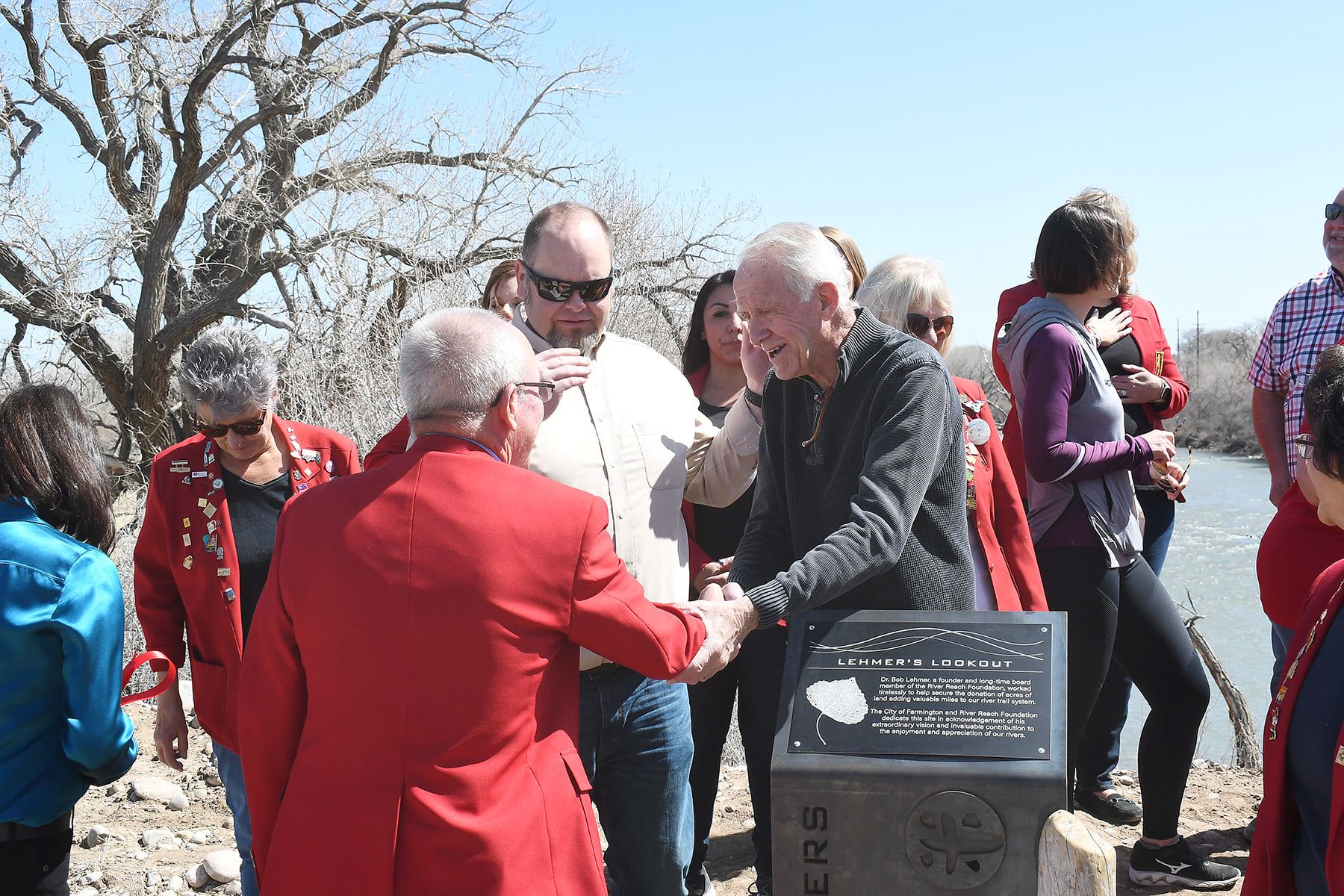 "It's the most beautiful trail we have," Lehmer said in an interview with The Daily Times.

The new 1.6-mile section that has been constructed and dedicated is highlighted by a site called Lehmer's Lookout, a landmark designed through the foundation to honor Lehmer for his work on behalf of the trails.

San Juan County ($250,000, Tier II): The Denver & Rio Grande Western Railroad (D&RGW) between Farmington, New Mexico and Durango, Colorado, was constructed in 1902 and abandoned from service in the 1960s. Ownership of the remaining right of way for the line was transferred to local governments including the City of Farmington, City of Aztec, and San Juan County. The project, dubbed the Lower Animas Valley Recreation Trail, will create an eight-mile, non-motorized trail along the former rail alignment between Farmington and Aztec and will connect the Animas River Trail System in Farmington to the Hartman/Riverside Park complex in Aztec.

Through a competitive grant process, the Outdoor Recreation Division is investing $506,736 in 25 organizations to build trails, trailheads, signage, river access, and more throughout New Mexico.

The River Reach Foundation, Inc. was one of 25 grant recipients. The foundation's signage project will promote a network of recreational and economic opportunities along the Animas and San Juan River trails by not only developing them as recreational destinations, but also providing the opportunity to enhance river access and educate users about proper water safety and appropriate skill levels in various areas of the two rivers. The signage will define river information and rules, mapping information that clarifies river miles between access points, areas where egress is and is not permitted, hazard zones and rapids, length of segments with recreational skill levels, and areas where floating and/or tubing is or is not appropriate.

A ribbon-cutting ceremony took place yesterday (Oct. 28) for the East Glade Trailhead Skills Park. This unique outdoor recreation asset is one of many on a growing list of OR opportunities in and around the Farmington area.
"The park is designed to serve as an area where mountain bikers of all skill levels can develop or hone their skills. It features ramps, hills, berms and other features scattered across three trails of varying difficulty — beginner, intermediate and advanced — and a children's area."

SANTA FE, N.M. – Today, the Bureau of Economic Analysis (BEA) released data on thesize and scope of the outdoor recreation industry in the U.S. and in New Mexico.In New Mexico, the updated data show that the outdoor economy contributed $2.4 billionto the state's GDP in 2019 (2.2% of GDP). According to the report, 35,065 people we reemployed in this sector, with $1.2 billion in total income.At the national level, the data shows that the outdoor recreation economy accounted for 2.1percent ($459.8 billion) of U.S. GDP in 2019.

Farmington, New Mexico —  Neck Nature Park and Bike Trails: $30,000 grant
The city of Farmington aims to create sustainable bike trails on a parcel of over 80 acres. The land was gifted to the city by a family trust with the hope of creating a natural landscape close to home that all residents can enjoy. The vision is to connect the bike trails on the project site to existing bike trails in the city, bordering Bureau of Land Management acreage, and the Farmington Lake recreation area, creating a far-reaching system. Located just north of Farmington schools and San Juan College, which provides low-cost bike rentals, the trails will offer opportunities for youth, newcomers to biking, and experts alike to get out on the trails. With New Mexico launching an Outdoor Equity Fund, these trails could help improve trail access for local youth to ride and get outdoors. 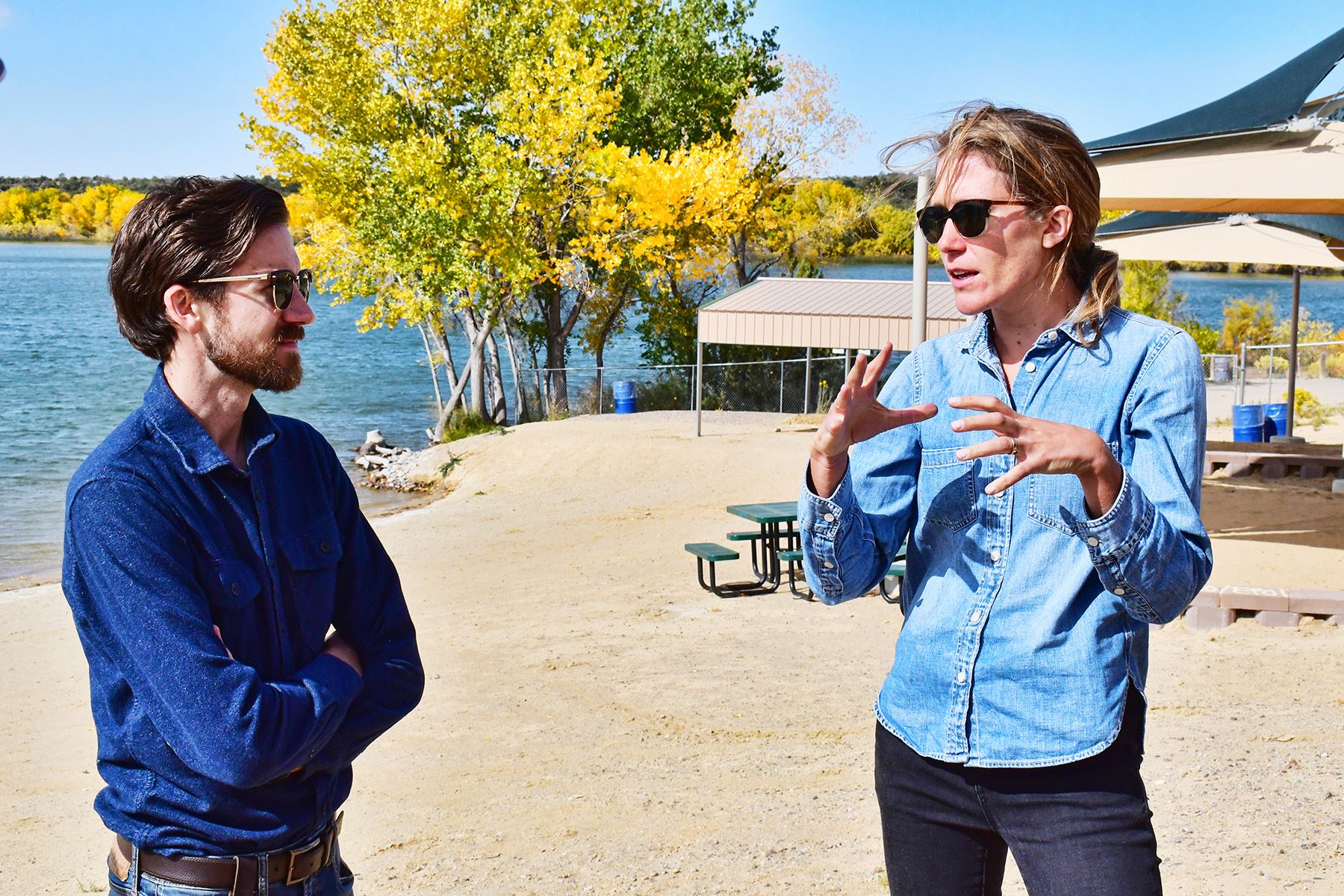 Newly-appointed state director of outdoor recreation, Axie Navas, made an inaugural trip to Farmington on October 10 to learn more about the initiatives and efforts being made by our region to encourage outdoor recreation business. 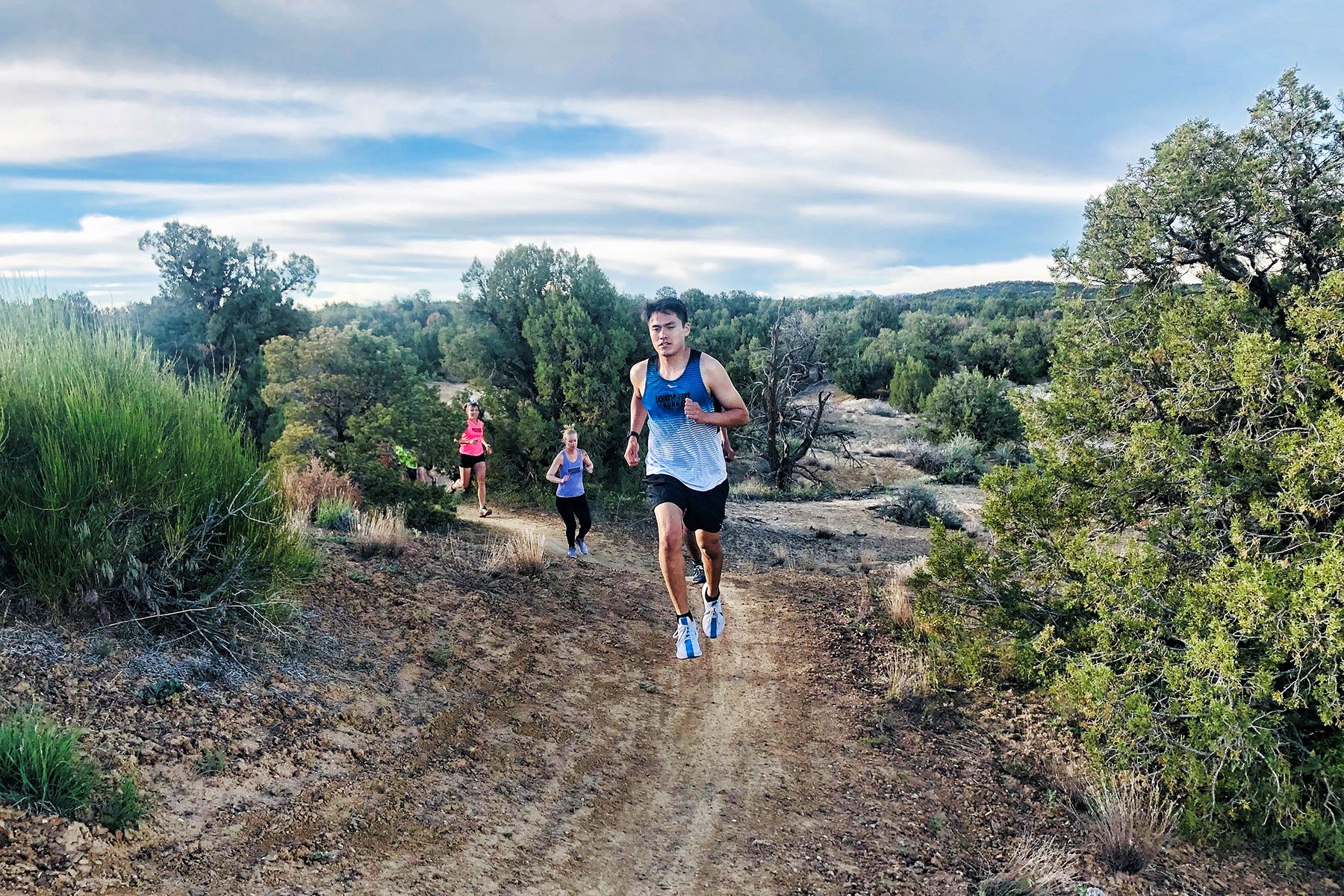 Is This Four Corners Town the Next Moab?

Farmington, New Mexico, is not what you’d call a nationally known hot spot for outdoorists … but it’s poised to become one before you know it. 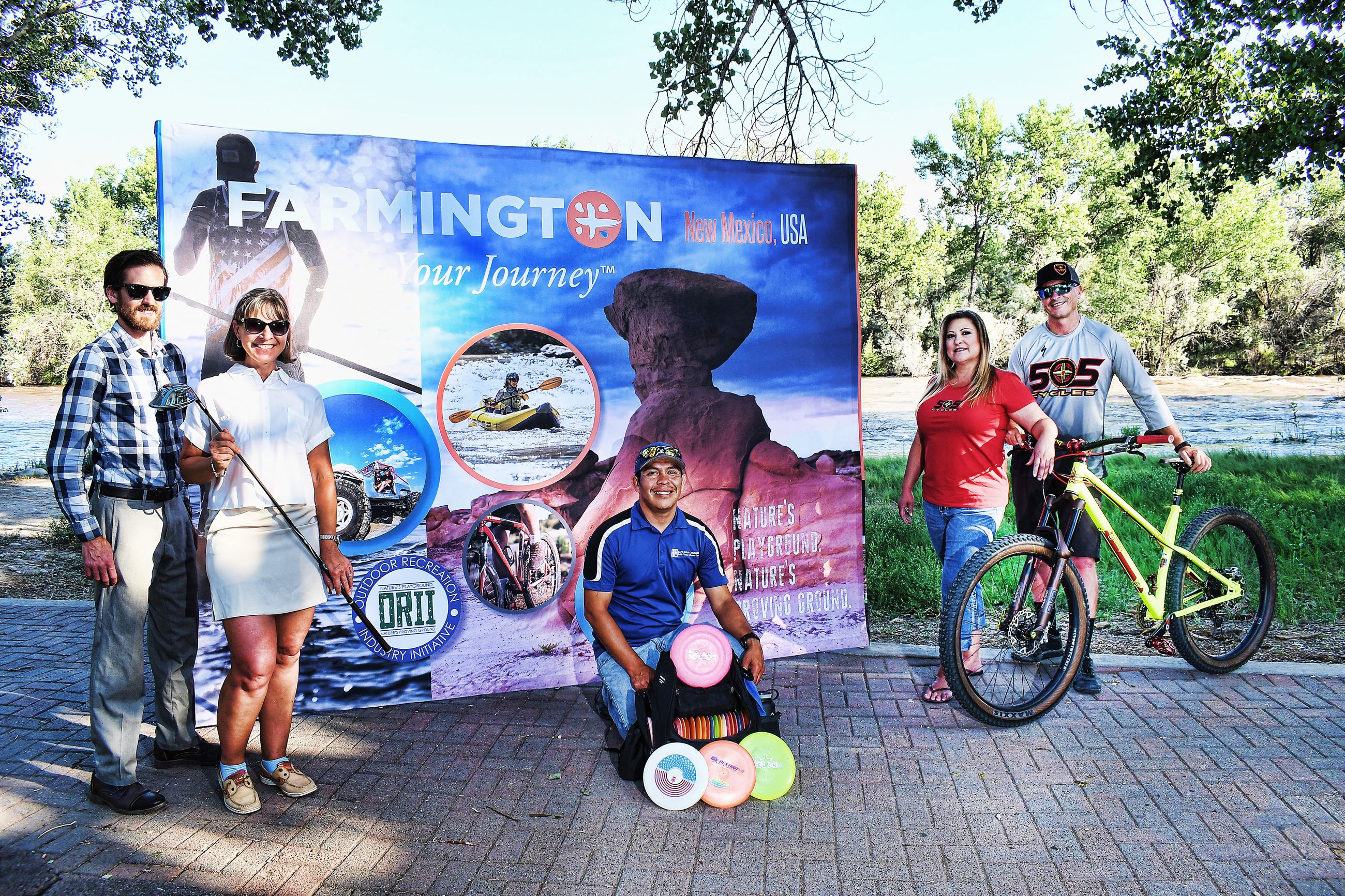 The City of Farmington continues to take bold steps to ensure a bright future for its citizens. Following the creation of New Mexico’s first community Outdoor Recreation Department and passing a dedicated Economic Development and Community Transformation tax, Farmington is officially showcasing its Outdoor Recreation Industry Initiative (ORII) to the nation.